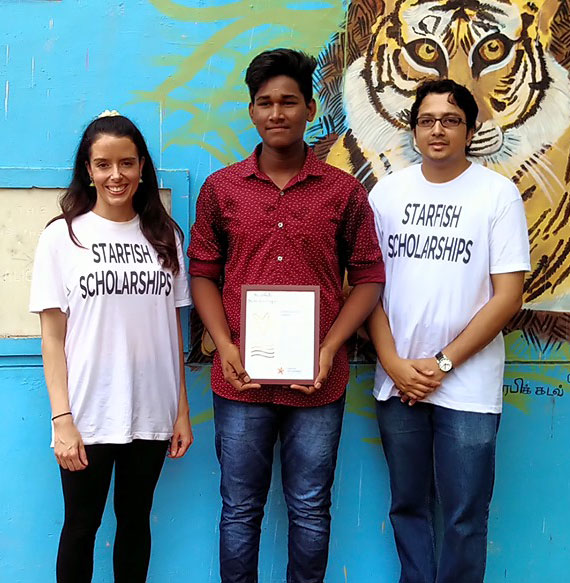 Described by his teachers as compassionate, hard working, and resilient, G. Sanjay is Starfish’s tenth scholarship recipient, receiving $1,000 to pursue his dreams of higher education.

Sanjay is a bronze award holder of the International Award for Young People (IYAP). He regularly assists members of his local community in day-to-day activities, wanting to follow in the philanthropic footsteps of his role model, Dr. A.P.J. Abdul Kalam, India’s 11th’s president nicknamed “The People’s President”. He achieved all this while overcoming the recent loss of his father and other financial challenges. With Starfish’s help, Sanjay will be able to pursue his goal of achieving a Bachelor of Commerce. In his application, he writes “I will be grateful for my entire life if this scholarship is given towards my higher studies.”

His passion and dedication to the betterment of society will surely take him far. Starfish wishes him all the best in his future endeavours. 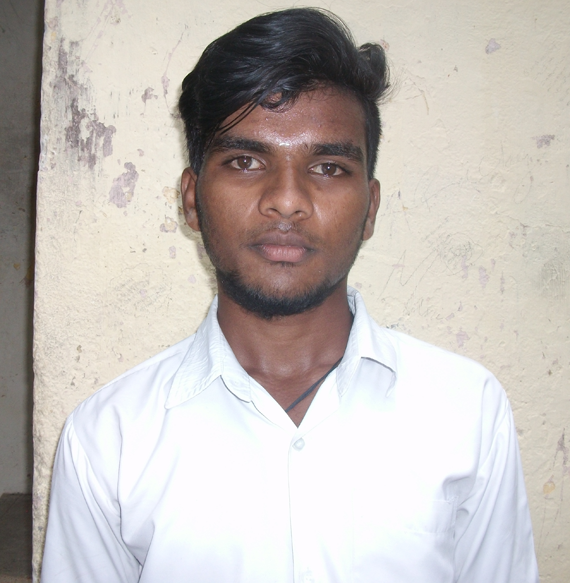 As a bronze award holder of the International Award for Young People (IYAP), Lawrence is Starfish's ninth annual scholarship recipient.

Lawrence gives back to the community by planting trees. His sense of altruism was inspired by a church helper, who taught him to be kind and helpful regardless of the circumstances. On top of his schoolwork and community service, Lawrence delivers newspapers every morning before school to help support his personal expenses. He accomplished all of this while overcoming many obstacles, including the loss of his parents.

Lawrence is an intelligent, hardworking scholar who has set his sights on studying computer science. Starfish Scholarships India is confident that he will be able to achieve this goal - and more! 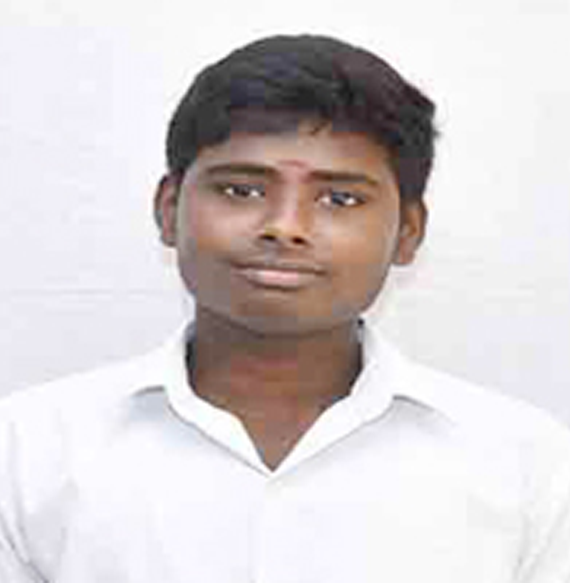 Premkumar is an extraordinary student who takes on a personal responsibility for the welfare and education of his fellow classmates. He taught math to his peers for two months while a teacher was unavailable, which led to his interest in pursuing higher education and becoming a teacher. Premkumar’s initiative in educating his peers has led to his appointment as Starfish's eighth annual scholarship recipient. He will receive $1,000 to support his post-secondary education.

Achieving the Silver IYAP award, Premkumar believes in the value of excellent leadership and mentorship in the education system. He looks up to the former director of the Olcott Memorial School, Lakshmi Suryanarayanan, and was inspired by her dedication to her students. Premkumar recalls her words of encouragement making his lessons easier to learn, and in turn, motivates his peers to always strive for the best in all their endeavors.

Premkumar will be the first person in his family to pursue post-secondary studies, and would like to earn a degree in commerce. We are confident that he will be successful in whatever he sets his mind to. 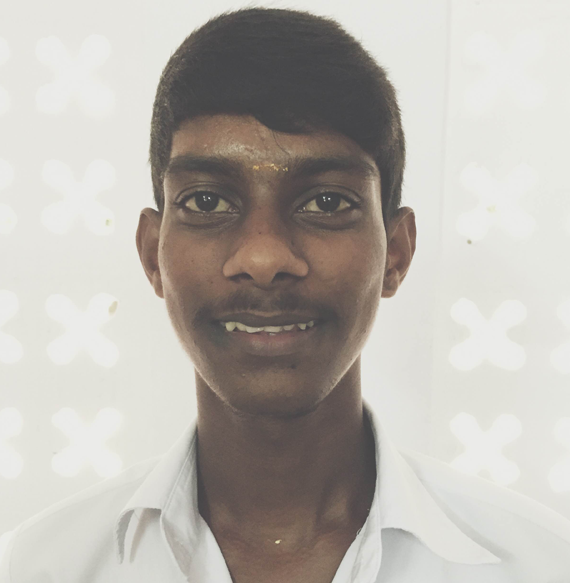 Perseverance and courage are two of the traits that shone through in Parthasarathy's application for the 2016 Starfish scholarship. After the tragic passing of his father this year, Parthasarathy has had to help support his siblings and mother, all while achieving stellar grades and participating in extra curricular activities.

Parthasarathy contributed to a children's book published by his school this year, and has also volunteered by working with his classmates to clean the beach during the weekends. He is currently completing his bronze level of the Duke of Edinburgh Award (IYAP), and tells us his role model is Naveen, Starfish's very first scholar.

Parthasarathy will receive $1,000 to cover four years of his post-secondary tuition expenses. He will be completing a Bachelor of Commerce in the near future. Starfish wishes him continued success in his future endeavours. 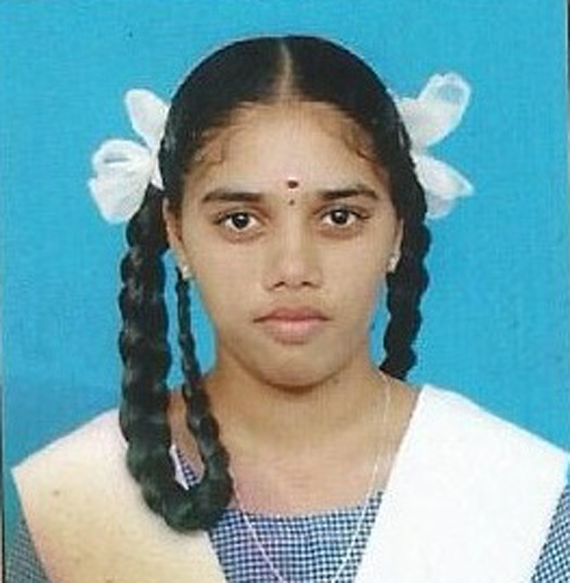 Durga's hard work and commitment to education and social responsibility has earned her the honour of being Starfish's sixth annual scholarship recipient. Durga will receive $1,000 to support her through her post-secondary education.

Durga's goal is to be a software engineer. She is motivated by her father's commitment to helping other people, and shares the same altruistic tendencies. Durga spends at least five days a week tutoring her neighbour when his parents are busy at work. She is not only aware of helping people, but of bigger world issues, like the environment. Durga always asks the people around her not to litter.

Her principal has commented on Durga's hard work, responsibility and good performance in school. This scholarship will mean a lot to her and her family, and will go a long way in helping her parents educate both of their daughters.

Durga will be studying math, chemistry, physics, and computer sciences. Starfish wishes her all the best in her current and future endeavours. 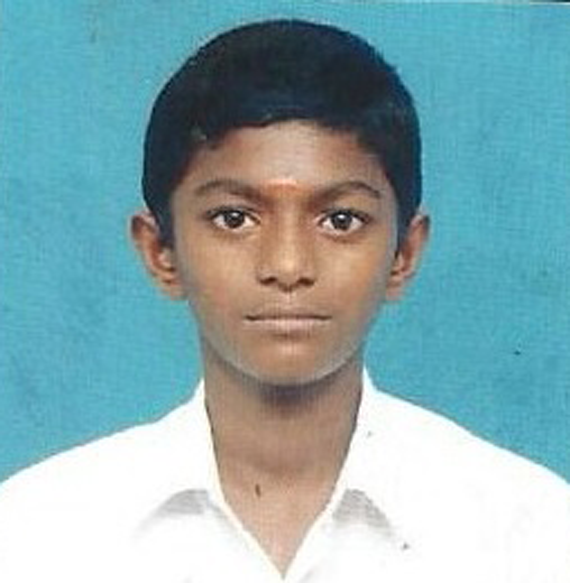 Driven, caring, and compassionate are three of the many adjectives that come to mind when describing S. Viswanathan, the fifth recipient of Starfish's annual scholarship-- a $1, 000 accolade that supports deserving students through 4 years of post-secondary education.

Viswanathan is an active member of his community where he spends his time volunteering in environmental initiatives. In particular, Viswanathan regularly partakes in beach cleaning and tree planting, hoping to create a space that both his community and family can enjoy. He is currently enrolled in the gold level of the Duke of Edinburgh Award program and is excited to continue his involvement with the leadership program.

A motivated student, Viswanathan aspires to become a software engineer. By enrolling in a strong school and seeking extra coaching from a retired tutor, Viswanathan continues to demonstrate his ambition and desire to achieve his goals. His recent exams placed him second in his class at the Olcott School, and we are excited to watch him excel in his future education.

While Viswanathan continues to face challenging financial circumstances, his strength of character was clear when our board member in India sat down to talk with the student. Viswanathan's commitment and excitement about the program make us confident that he will go on to continue to achieve his future goals. 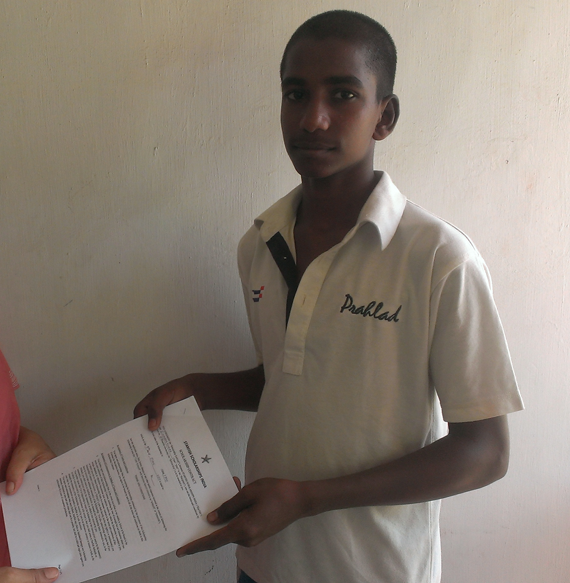 For Nandhakumar, the definition of leadership is hard work, perseverance, and truth, and it is these qualities that will help him reach his goal of becoming an engineer. This dedicated 15-year-old student recently received Starfish's fourth annual scholarship in the form of a $1,000 accolade for his post-secondary education.

Nandhakumar is a strong student with a bright future, who is praised by his teachers for his steady work ethic. He wishes to study physics, chemistry, mathematics, and computer science during his post-secondary education. With high scores across the board on his exams, Nandhakumar shows great potential towards succeeding at this goal!

In addition to his academic success, Nandhakumar has also achieved his bronze level of the Duke of Edinburgh Award. He hopes to eventually complete his gold. Despite a single parent family and a difficult financial situation, his many academic achievements and involvement within his community are a tribute to his perseverance, as well as something of which he can be proud.

With this scholarship, Nandhakumar plans to study at P.S Higher Secondary School, Mylapore next year, where he looks forward to pursuing his dream of becoming an engineer. We wish him the best of luck and are confident in his future success. 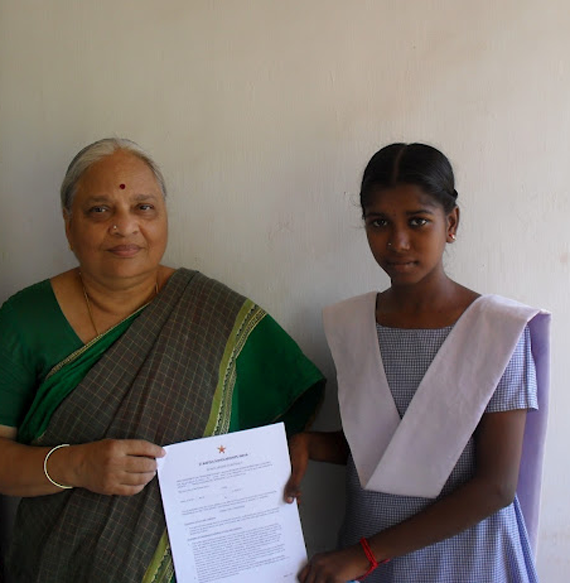 For Vijayalakshmi, leadership involves honesty, kindness, and a will power to persevere. This dedicated student recently received the third of Starfish's annual scholarships to pursue her dream of becoming a doctor in the field of gynecology. One day, she hopes to use her career to help women living in poverty in India.

Not only has Vijayalakshmi had great success in her academics, scoring high in her exams and class work, she has also completed her bronze Duke of Edinburgh award and is currently working towards her silver. Furthermore, Vijayalakshmi understands the importance of helping her community. She often lends a helping hand to the younger children in her school and has participated in community clean-up projects. Despite difficult family circumstances, Vijayalakshmi has a wide range of accomplishments and continues to pursue all her aspirations.

Vijayalakshmi will be commencing her studies at Rani Lady Meyyammai Girls Secondary School in Chennai, where she will take courses in math, physics, chemistry and biology. We wish her all the best in her future endeavors. 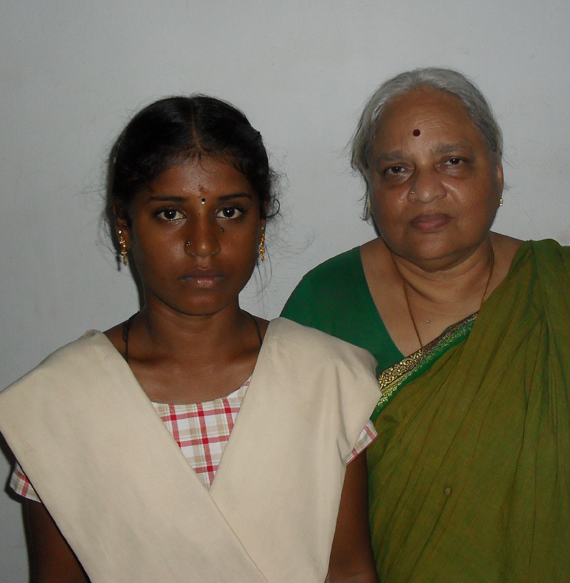 For Sridevi, her idea of success is to make a difference in the lives of as many people as possible. This hardworking student, whose dream is to become an officer of the Indian Administration Service, recently received Starfish's second annual scholarship - a $1,000 accolade for post-secondary education.

Growing up in difficult circumstances, with only her mother to raise and support the family, Sridevi faced many obstacles in completing high school. It is for this reason that her determination to succeed is so inspirational.

Sridevi has her Silver Duke of Edinburgh Award, and wishes to complete her Gold. She discovered her passion for reaching out to those in need through the program's service component. Even during her adventurous journey, Sridevi was commended for her willingness to always lend a helping hand.

Sridevi's wish to join the civil service, in the hopes of directly reaching out to people in need, is both unique and admirable. We are confident that with motivation from Starfish, Sridevi will be able to achieve her dream. 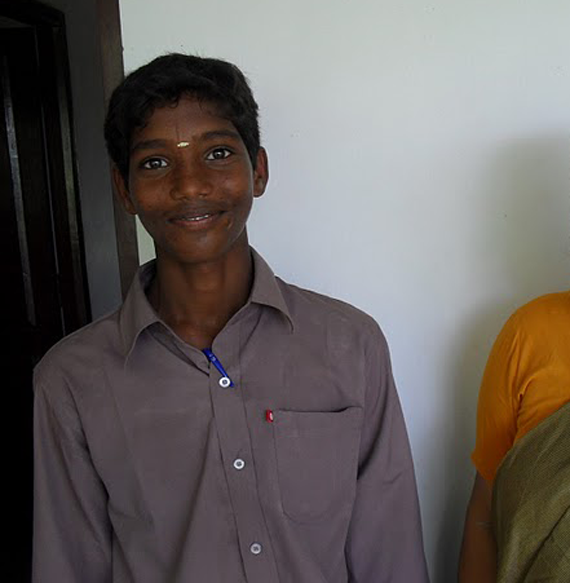 For Naveen Kumar, the prescription for success is hard work, focus, and a passion for challenge. This 16-year-old student, who aspires to be a doctor, recently received Starfish's first annual Scholarship - a $1,000 accolade for post-secondary education.

Naveen finished his board exams with a 95.2% average this year, putting him at the top of his school academically. He has his Silver Duke of Edinburgh Award, and is currently working on his Gold. He accomplished this all while enduring the hardships of growing up without parents in a school hostel.

Naveen is currently studying at Santhome Higher Secondary School in Chennai, where he will work towards his goal of becoming a doctor, or to work with the Indian Administrative Service.

Starfish Scholarships India is a registered non-profit organization in Toronto, Canada. We provide scholarships to students living in poverty in Southern India.